The Musical Comedy Murders of 1940 | Productions : The Kalamazoo Civic Theatre Complete with secret passageways, flickering lights and the blizzard of the century, this laugh-filled farce spoofs the great murder mystery movies of the 1940's. As the murderous mayhem unfolds, an eccentric heiress has agreed to work with the New York police to solve a series of murders. She invites a group of theatre people to her home on the pretense of holding a backer's audition for a new musical. The creative team for this new project had also been involved in Manhattan Musical, a production that closed abruptly when three of its showgirls were mysteriously murdered. It's not long before bodies are dropping once again and everyone's a suspect. Will the mystery of the Stage Door Slasher be untangled before it's too late?

"...it's hugely enjoyable."
- The Village Voice 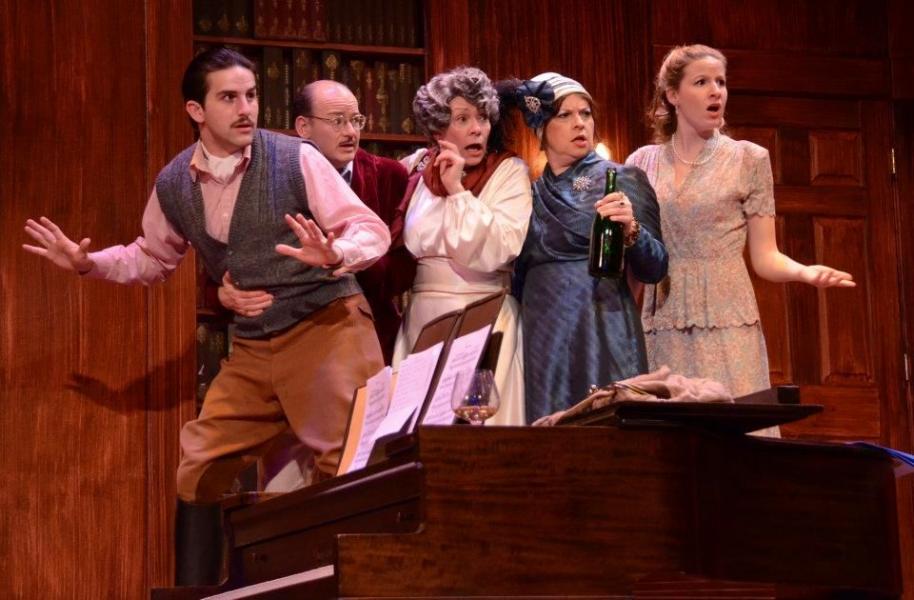