We're off to the French Riviera with Broadway's smash-hit musical comedy, Dirty Rotten Scoundrels. Based on the popular 1988 film, this fun-filled stage adaptation centers on two con men: suave and sophisticated Lawrence Jameson, who makes his lavish living by talking rich ladies out of their money and a small-time crook named Freddy Benson, who more humbly swindles women with fabricated stories about his grandmother's failing health. It doesn't take long for these two swindlers to realize that this small French town isn't big enough for the two of them. Their solution? The first one to extract $50,000 from a young female target, heiress Christine Colgate, wins and the other must leave town. The competition begins and a hilarious battle of cons ensues. MATURE THEMES, LANGUAGE

"...the silliness bubbles as naturally as just-uncorked champagne."
- The New York Times 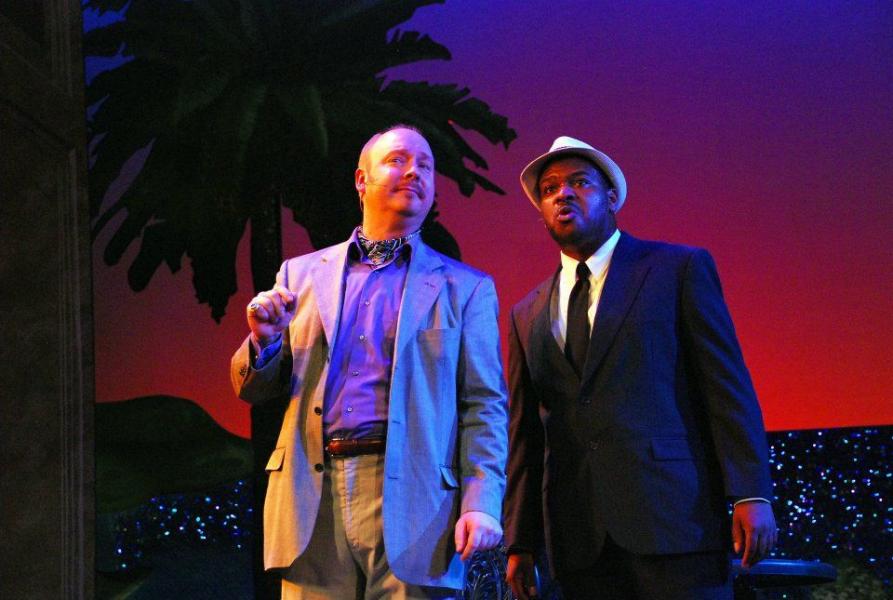