All My Sons | Productions : The Kalamazoo Civic Theatre Universal in scope, this American classic is as relevant today as it was when it won the Tony Award in 1947. Joe and Kate Keller, a middle-class couple, have lost their younger son in the war, but Kate cannot give up believing that he is still alive. Chris, their surviving son, falls in love with his brother's fianc e Ann and brings her home to tell his parents of their new relationship and plans to marry. In the confrontations that follow, cracks begin to appear in everyone's stories, lies are exposed, and a secret is revealed that could destroy them all. 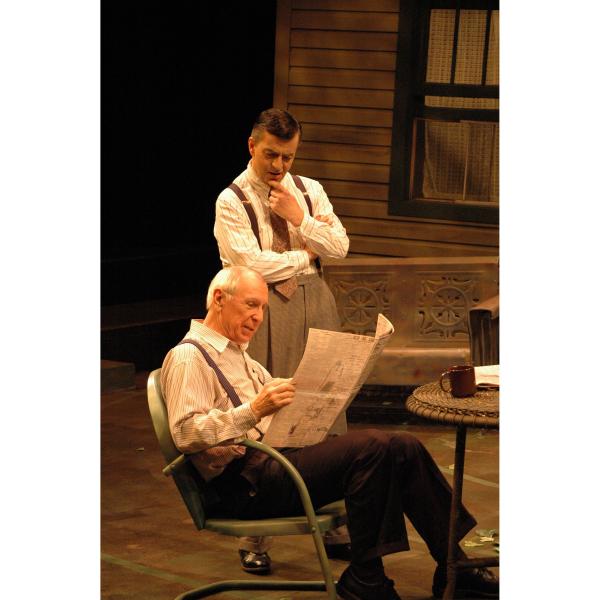