Come and meet those dancing feet! One of the longest running shows in Broadway history, this big, bold razz-ma-tazz musical celebrates the stuff that dreams are made of. It's 1933 and fresh-faced Peggy Sawyer, just off the bus from Allendale, finds herself cast in the chorus of the latest extravaganza being produced by Broadway legend Julian Marsh. When the star of the show breaks her ankle, Peggy is plucked from the chorus to go on in her place. Can she do it? Will the show close out of town or will Peggy "go out there a kid and come back a star?" A true Lullaby of Broadway, this musical sensation features such Broadway standards as We're in the Money, Shuffle Off to Buffalo, You're Getting to be a Habit with Me and, of course, the showstopping title number. 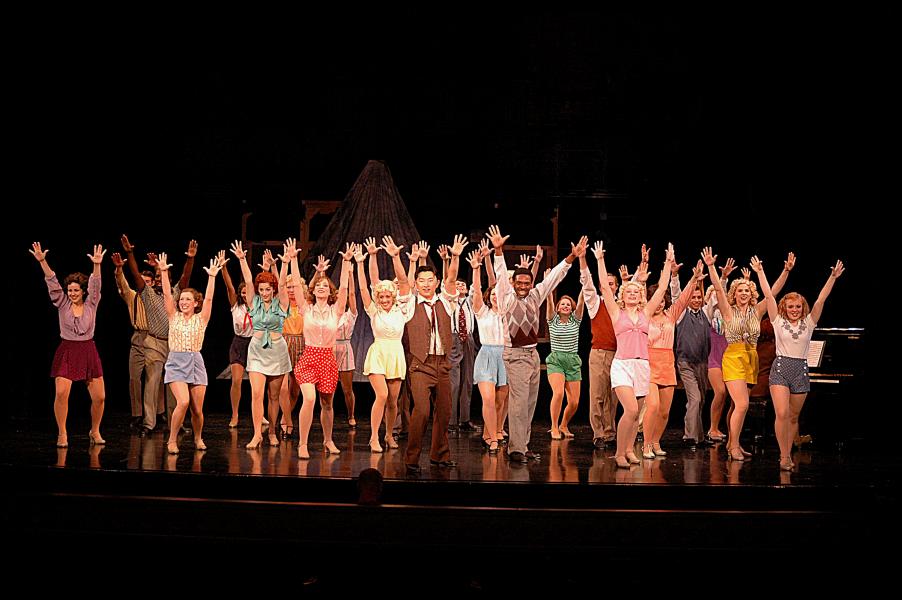