To Kill a Mockingbird | 2016-2017 Productions : The Kalamazoo Civic Theatre With themes as relevant today as they were 80 years ago, the American masterpiece To Kill a Mockingbird demonstrates the power of fearing the unknown, along with childhood innocence and love. Racial tensions are high in Maycomb, Alabama in the summer of 1935. Nevertheless, young Jean Louise Finch, or Scout - as she is called - manages to live a rather carefree, privileged existence, insulated from the issues of race. All of that changes when Scout watches her father, Atticus Finch, defend an innocent man, Tom Robinson, against a
potential death sentence, which looms threateningly against him because of racial prejudices. Scout begins to realize that just because society portrays something as being true, doesn't mean that it is actually fact. With the help of Atticus, and her older brother Jem, Scout learns that growing up often means doing what is right, even when it comes at a great cost.

"...complete with the thorns of our nation's still-intractable problems of racism pricking at our consciences."
- Chicago Tribune

We have prepared a study guide for To Kill a Mockingbird which will enhance the theatre going experience for students of all ages.

This American Classic is a moving and powerful coming of age story and deeply addresses the effects of racism and fearing the unknown. To Kill a Mockingbird contains mild staged violence and the occasional use of racial slurs, used to show the volatile social conditions that led to the conviction of an innocent man due to racism. This is an honest and poignant story about the value of empathy and understanding, and may be best suited to older elementary middle, and high school students who are prepared for the emotional nature of the play.

This production may use live gun fire, water based haze and strobe lights.

Approximately 2 hours and 15 minutes (including one 15 minute intermission) 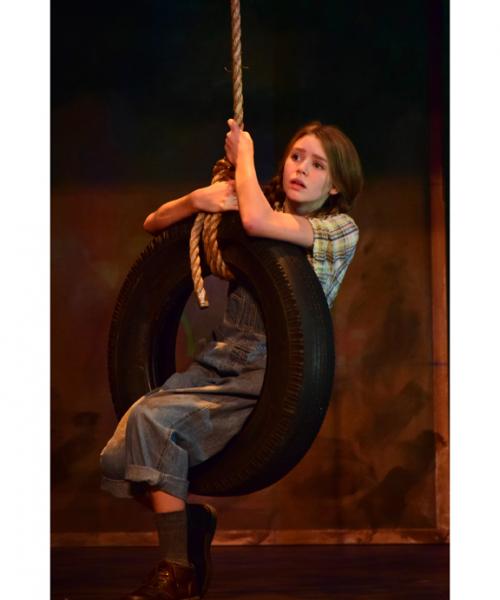