We hope you'll join us as we celebrate a uniquely American collection of popular music that had its origins in Tin Pan Alley, Broadway and Hollywood. From the 1920s to the 1960s, songs by George Gershwin, Irving Berlin, Jerome Kern and Cole Porter were made famous by the likes of Frank Sinatra, Al Jolson, Judy Garland, Bing Crosby and Ella Fitzgerald. These are the songs that captured the innocence of youth, the songs that nursed broken hearts, and the songs that underscored the promise of a brighter tomorrow. In short, these are songs that have woven themselves into the fabric of the American tapestry. 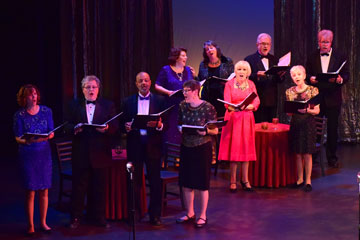