Three performers, one dead playwright, and 37 plays, all in under two hours! An irreverent fast-paced romp through the Bard's plays, this fast-firing comedy parodies all of the Shakespeare plays (plus the sonnets!) with only three performers in two acts. This play is full of energy as the characters run across the stage and keep you guessing how they will pull off the next play. The Compleat Wrks of Wllm Shkspr (abridged) was first performed at the Edinburgh Festival Fringe in 1987 and later played at the Criterion Theatre in London, where it ran for nine years. It has become one of the world's most popular shows, playing frequently in a variety of languages and is notable for holding the world record for the shortest-ever performance of Hamlet, clocking in at 43 seconds, as well as the fastest performance of Hamlet backwards - at 42 seconds!

RATING: BEST ENJOYED BY AUDIENCES AGE 12 and UP

Live flame may be used in this production. 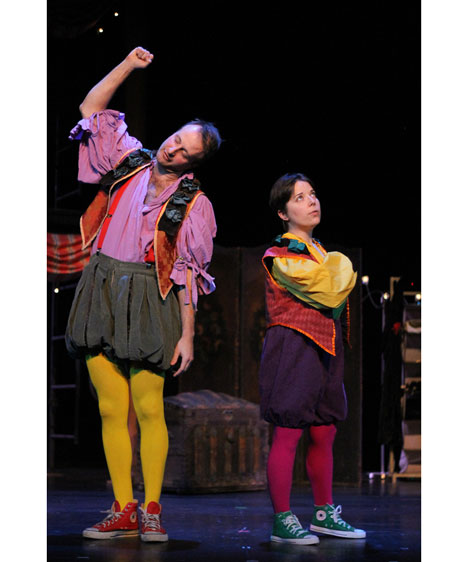