The Comedy of Errors | Productions : The Kalamazoo Civic Theatre One of Shakespeare's earliest plays, The Comedy of Errors is a side splitting farce, which chronicles the mistakes in identity of twin-born children. Shakespeare's source for the improbable comedy is Plautus' Menaechmi, but the Bard improves on Plautus by going one better - or rather two better - twin boys from Syracuse are served by twin servants. Mayhem ensues when Antipholus of Syracuse, accompanied by Dromio of Syracuse arrive in Ephesus, home of their respective (and unknown) counterparts. Guest director, Jim Carver, explores a circus-style setting influenced by the Brothers Karamazov. 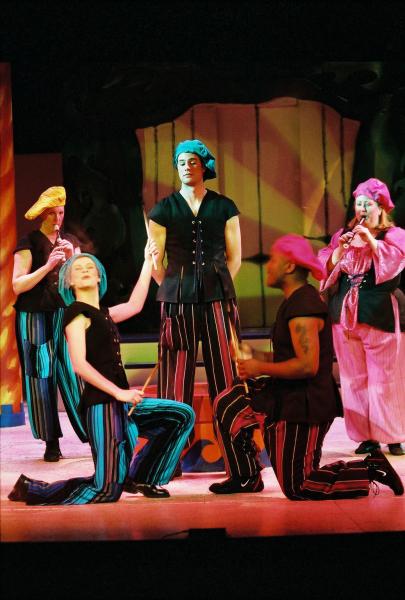