From a humble Midwestern childhood in Northern Kentucky to topping the charts for nearly five decades, the story of Rosemary Clooney's remarkable journey offers a fresh, remarkably personal, and poignant picture of the woman whose unparalleled talent and unbridled personality made her a legend. In Tenderly, Rosemary Clooney's journey starts with her simple Maysville, Kentucky childhood and follows her rise to Hollywood stardom. With her
signature songs woven in and out, we learn both the story of her successes on film, radio, and TV, as well as her struggles in her personal life - with a career fading during the advent of rock-and-roll, and her battles with addiction and depression. Tenderly includes classic standards by Irving Berlin, Jerry Ross, Harold Arlen, and many others - with songs such as "Tenderly," "Mambo Italiano," "Sisters" and more. The Civic is thrilled to bring audiences this new production by Janet Yates Vogt and Mark Friedman, who also wrote our Civic Youth Theatre productions Sherlock Holmes and the Mystery of the Crown Jewel and Sleepy Hollow, a Musical Tale.

RATING: BEST ENJOYED BY AUDIENCES AGE 12 and UP

"...an intimate and intriguing tale of triumphing over adversity."
- London Theatre 1 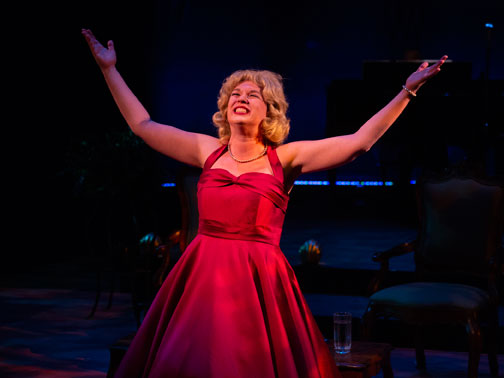