One of the most important pieces of musical theatre of the 20th Century, Oklahoma! is set in the Indian Territory at the turn of the century, when cattlemen and farmers fought over fences and water rights...and the women they love. As the sun rises over the rolling fields of Oklahoma, we hear the voice of cowboy Curley McLain singing the beautiful ballad "Oh, What a Beautiful Mornin'." And so begins Oklahoma! With its timeless and relevant undercurrent of hope and prosperity for the future, Oklahoma! is a musical treat for the whole family. The music and lyrics have proven to be some of the best loved in musical theatre with songs that include "The Surrey with the Fringe on Top", "People Will Say We're in Love", "I Cain't Say No", and of course "Oklahoma!" The iconic Rodgers and Hammerstein score inspired a new generation of Broadway musicals, and pushed the boundaries of the genre.

"...a rare gift to audience members who yearn to lose themselves in big, old-fashioned, satisfyingly structured musicals."
- LA Times

Water-based haze and live gunshots may be used during this performance.

Approximate Run Time for this performance is 2 hours 15 minutes with one 15 minute intermission.

The Bronson Children's Hospital Walk and Run will be occurring in downtown Kalamazoo on Sunday, September 25th between 1:00pm and 2:30pm. This may affect some of our patrons ability to get to the theatre for the 2:00pm curtain for 'Oklahoma!''.

This classic American musical is a celebration of the founding of the west and the high spirited men and women who created new lives there. The pleasing romance between cowboy Curly McLain and farm girl Laurey Williams is contrasted with the darker story of Jud Fry s obsession for Laurey. These elements come together with the songs and dances to craft an entertaining and well-made story with thoughtful dramatic ends. Oklahoma! will captivate and enthrall audiences of all ages. 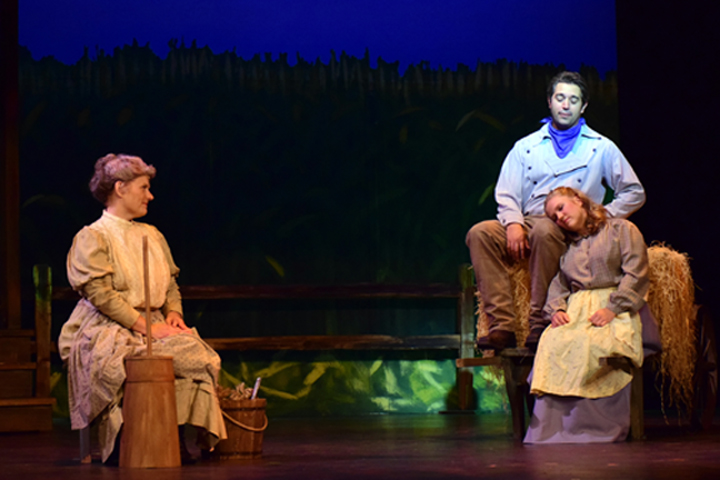