A tragedy of consuming force, King Lear is widely regarded as Shakespeare's crowning artistic achievement. Lear, the aging King of Britain, decides to step down from the throne and divide his kingdom among his three daughters. In an attempt to give the "largest bounty" to the one who loves him most, he puts his daughters through a test, asking each to tell him how much she loves him. Lear's older daughters, in an attempt to gain his favor, shower their father with flattering answers. But Cordelia, Lear's youngest and favorite daughter, remains silent, saying that she has no words to describe how much she loves her father. Lear flies into a rage and disowns Cordelia. Ultimately, the heartbroken King learns which of his daughters has loved him most dearly.

"King Lear is perhaps the greatest of all Shakespeare's dramas..."
- The Telegraph 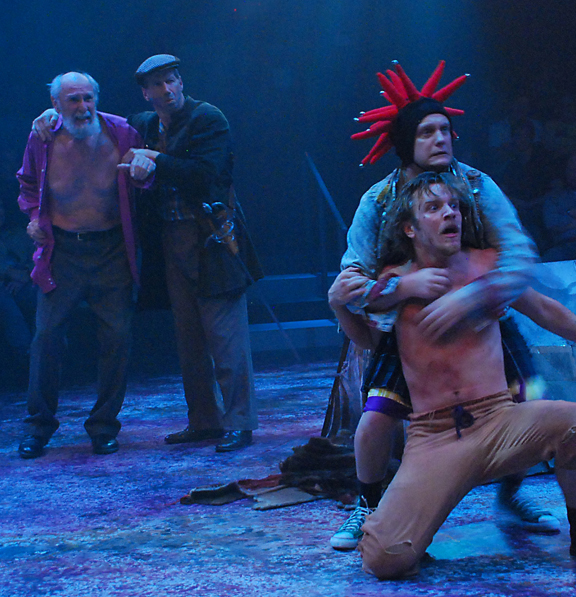