Celebrate the life, and music of a rock n roll legend as we open our 75th season with Buddy, the Buddy Holly Story. From his humble beginnings in Lubbock, Texas to his final concert in Clear Lake, Iowa Buddy s life, and spectacular career are recreated in this high-energy musical extravaganza. Only 22 when he was tragically killed in a plane crash, Buddy Holly left behind a legacy, which influenced a generation of rock n' roll musicians. Turn back the clock as we relive Buddy's final concert. Featuring his greatest hits That'll Be The Day, Peggy Sue, and Oh Boy! along with the Big Bopper's Chantilly Lace and Ritchie Valens' La Bamba this dazzling musical celebration will have you rocking and bopping in the aisles. Book by Alan Jones Music and Lyrics by various artists 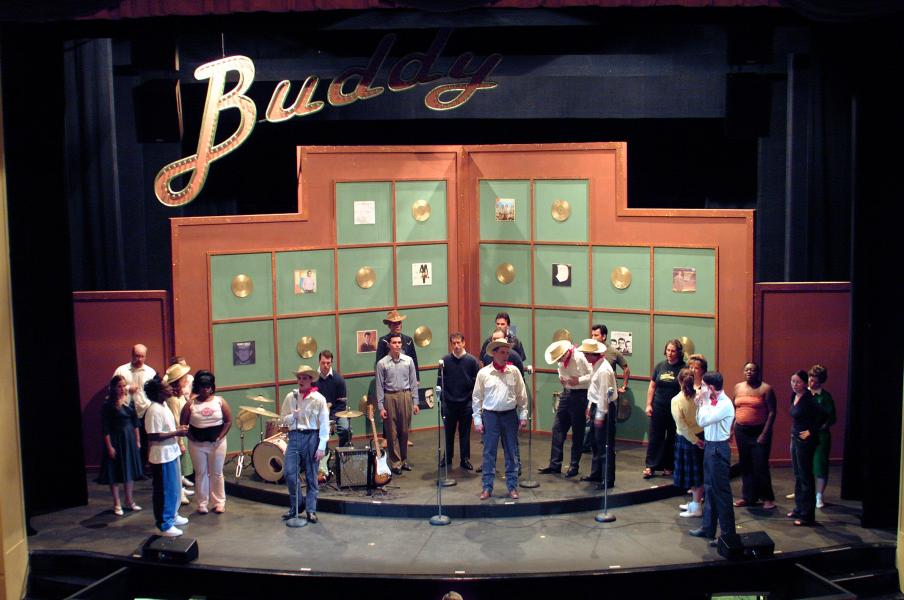