And Then There Were None | 2015-2016 Productions : The Kalamazoo Civic Theatre It s Agatha Christie at her murderous best! Ten strangers are lured by a mysterious host for a relaxing weekend at a remote island resort. Once the guests have arrived there is a suspicious death. The guests are trapped! The host accuses each person, via a recording, of having escaped justice for a past murder. Unable to leave the island, the guests begin to share their darkest secrets... until they begin to fall, one by one. The ever dwindling party rushes to unmask the hidden killer in their midst. Who is the murderer? Who is next? This classic whodunit will keep you guessing right up until the very end.

"One of the most ingenious thrillers in many a day!"
- Time Magazine

And Then There Were None contains depictions of implied and stylized violence in keeping with a mystery created in the 1930's. Agatha Christie's wonderfully crafted psychological thriller is a based on one of the best-selling murder mysteries of all time and will captivate and enthrall prepared middle school and high school students

Two hours plus one 15 minute intermission 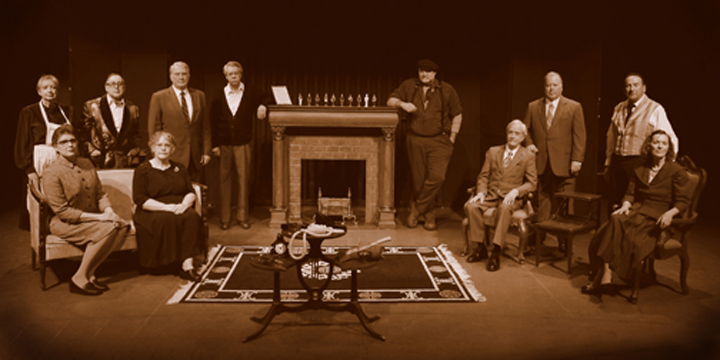